George and I have been together for about 14 and a half years (it will be 15 years in February) but since we only actually got married last year, this past weekend we celebrated our first anniversary. Well, our first wedding anniversary.

Our actual anniversary is the 11th which was on a Sunday this year but we started celebrations on the Saturday. George was playing so we got a babysitter and I went with him to Windsor, Nova Scotia to see him play with his band. I used to go see him play all the time pre-kids but it’s a little more complicated now so I really appreciate whenever I get the chance to go now. I had delicious fish cakes and a couple of Caesars and enjoyed listening to the music (not to mention taking pictures and video). 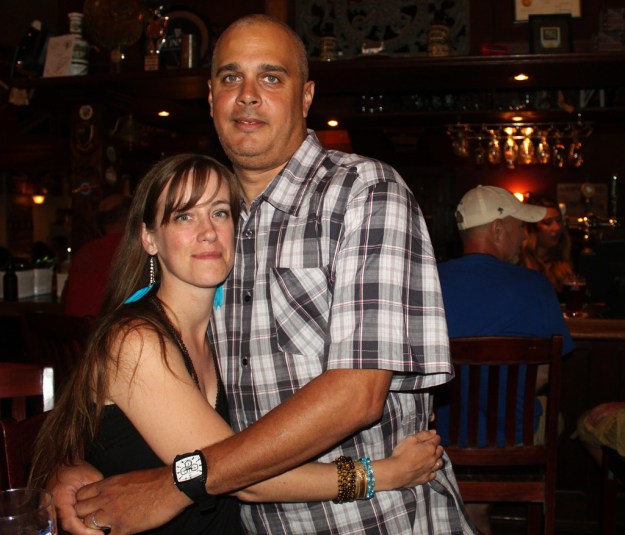 At a great British pub, The Spitfire Arms.

I had a great time and we didn’t even get home all that late so I had a decent sleep and was up at a reasonable hour on the Sunday (well, reasonable for a rock ‘n’ roll lifestyle). It was a beautiful day, much sunnier than it was a year prior. We decided to kick off the day by going to the beach where we were supposed to have gotten married. It was a great way to spend the afternoon even if the water was so cold that I never managed to get in more than hip deep (it was the kind of cold that makes your limbs literally ACHE with pain). 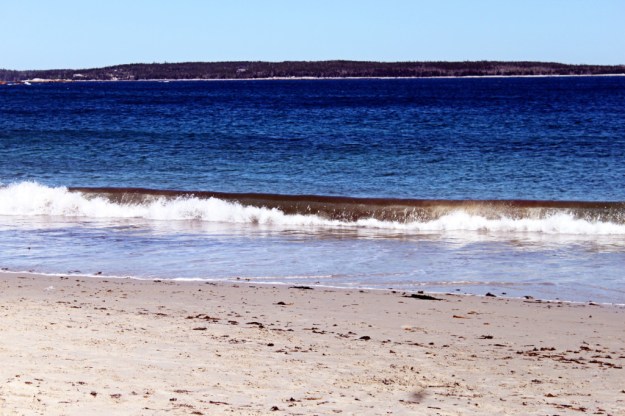 After the beach we came back and got ready for a dinner out with – gasp! – just the two of us. 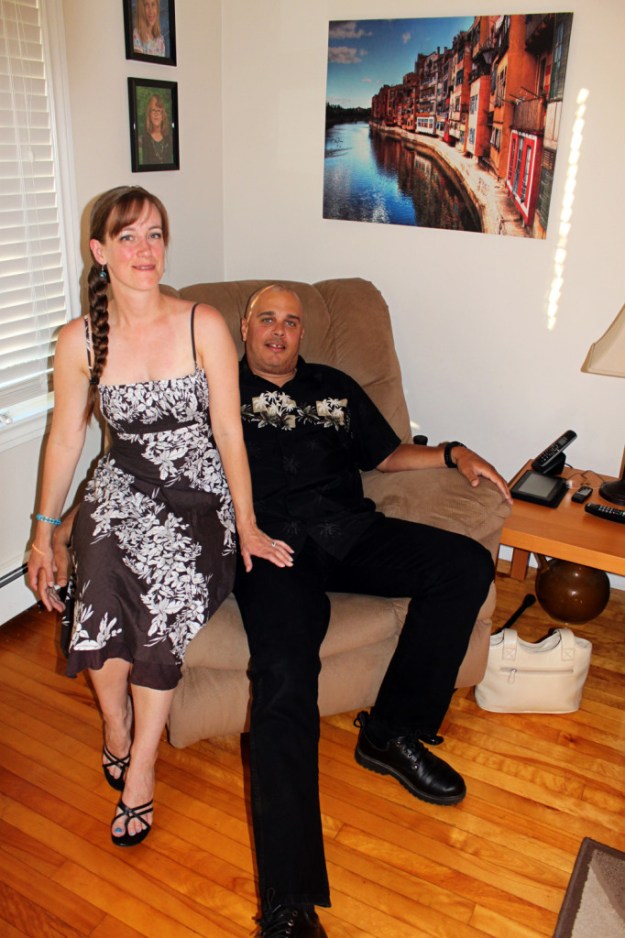 Before leaving for dinner. We clean up well.

George’s parents are in town and our friend from Montreal is staying at our house, so we left the kids with a herd of people and we went to eat at Mexicali Rosa’s. We had quite a few dinners there when we still lived in Montreal and we were in the mood for Mexican (ish) food so we figured we’d give the Halifax franchise a chance.

We ordered a margarita (for him), a glass of cabernet sauvignon (for me) and we each had the Mexican flag which is three enchiladas (one beef, one cheese, one chicken) with three sauces to represent the colors of the Mexican flag (red sauce, sour cream, salsa verde). So good. 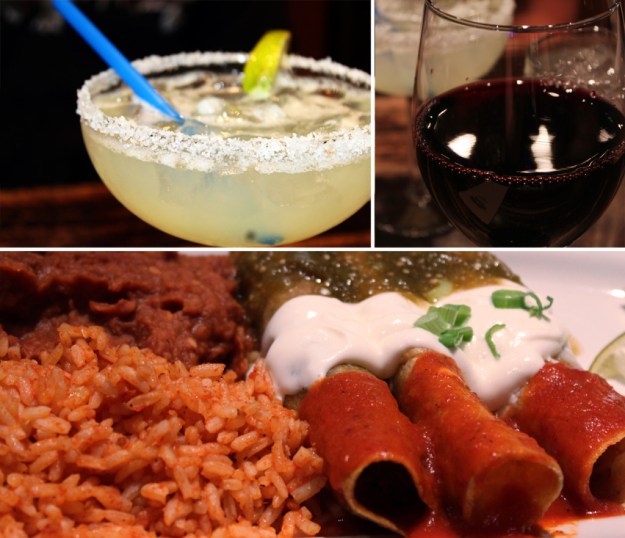 We love our family of four but it’s really nice to go out just as adults and have a conversation and a meal without any interruptions beyond the waiter asking “is everything okay?” Really REALLY nice.

I kind of wanted to have dessert but I was pretty full after clearing almost my whole plate so I figured it was a good time to stop. We headed back home and had a drink with everyone who was still at the house, then we just relaxed the rest of the evening.

I had heard a lot of horror stories about people who are together for a long time, live together for a long time (we moved in together after only three months of dating), and then get married and everything changes and they end up splitting up. I’m glad I can say that nothing really changed for us other than the fact that we can legitimately use the terms Husband and Wife; everything else stayed the same in a good way. We still laugh, have fun, argue from time to time, make up, and laugh some more.

One year is great. Considering we’ll be celebrating 15 years together overall in February, I’m looking forward to all the wedding anniversaries to come.