Since Breanna turned 7 years old last Tuesday, we decided to have her birthday party on the Saturday. She invited quite a few of her friends from school and we ended up with six kids from her class plus Hayley’s best friend and of course their cousin Claire.

I was a little worried about how things would hold up with that many young kids running wild through my house but it was fine. It was loud, sure, but the kids were all good. No one fought or even bickered and any time they did something that we didn’t want them to do (such as jumping on the bed or locking doors to bedrooms) all it took was asking them to stop and it was done.

I know Breanna was really happy; she had a lot of fun. She wanted to play games so I found five or six different games to play but we only ended up using two of them. We started off with the make-your-own pizza bar which took up enough time that two games was all we really needed anyway. 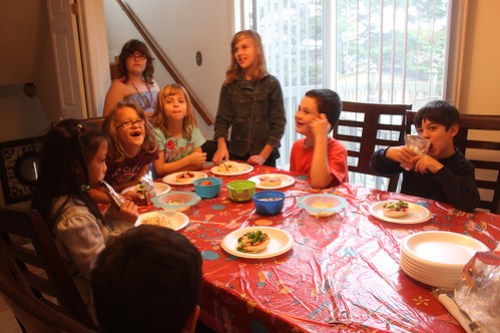 (Most of the kids were too excited to eat more than a few bites anyway; there was just one little boy who ate the whole thing.)

We started with Freeze Dance which is always a hit with kids. I figured a lot of my music was a bit too suggestive or explicit for young ears (scratch the Eminem!) so I hopped on YouTube and we played One Direction, a little Gagnam Style, and music from some of the YTV shows that the girls all liked. 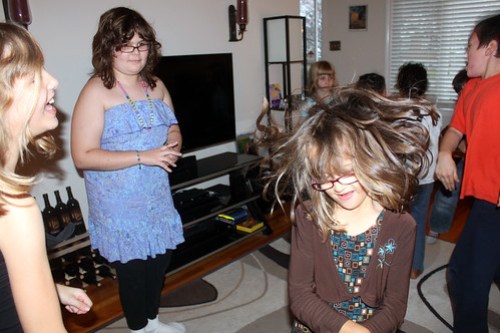 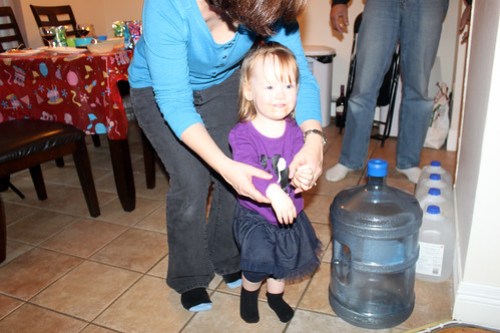 After that we played a variation on a common game. Breanna had requested Pin the Tail on the Donkey but we couldn’t find one and I didn’t trust my artistic abilities to draw a donkey. Instead I suggested we do Pin the Nose on Spongebob; Spongebob is pretty easy to draw. She agreed and they all had fun laughing at each other’s attempts. 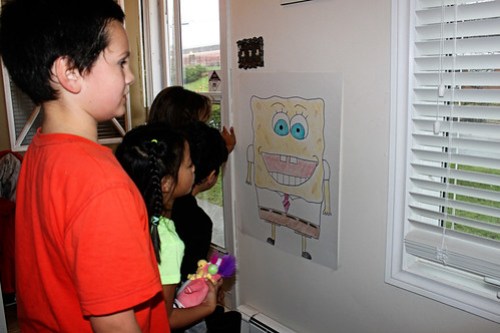 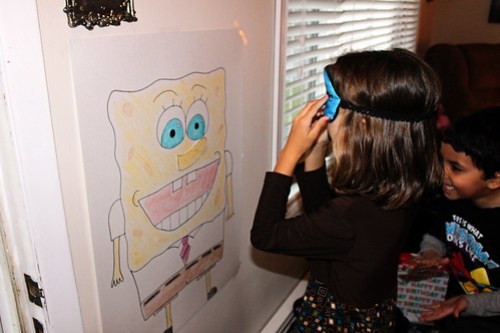 Once that was done it was cake time and gift time and in the end the three hour party really could have been four hours because we were rushing a bit by the end. 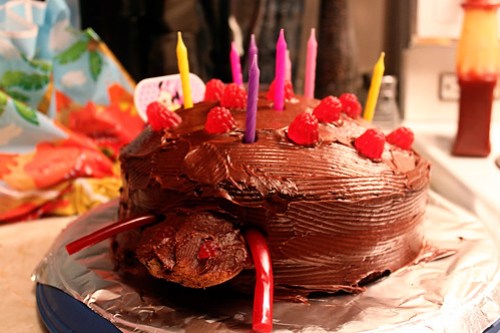 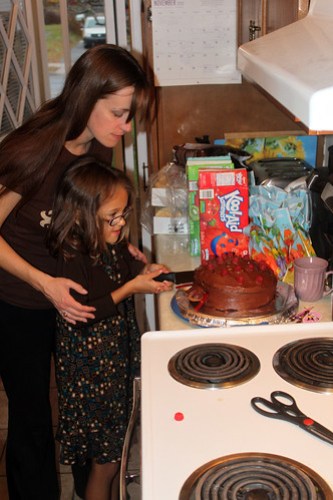 It was great though and Breanna was really happy with her presents (lots of Monster High dolls) and with the fact that her friends came to celebrate with her. 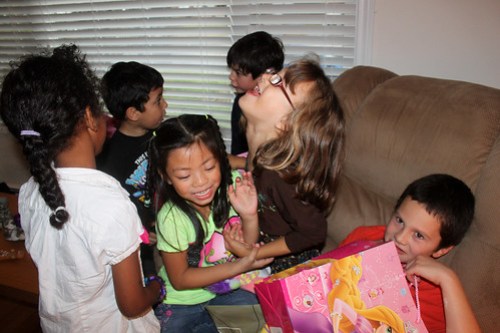 And once again we survived. Whew!

(Full set of photos over here)