This week Hayley only had three days of school but they were pretty action-packed. In fact, the past week was pretty busy. We spent our Saturday swimming (well, okay, all the kids swam, I just hung out on my friends’ deck and hopped in the hot tub at their neighbor’s house) and then enjoyed dinner and an evening full of laughter among adults while the kids played downstairs. 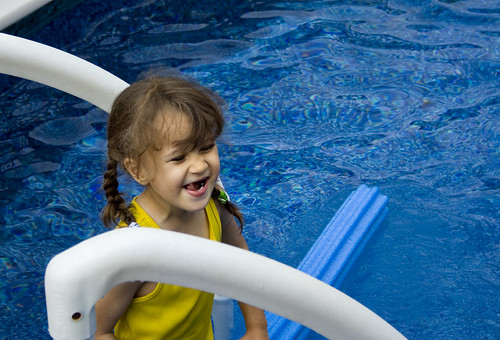 On Sunday there was a slight flurry of activity in the kitchen as the kids prepared breakfast in bed for George for father’s day; Hayley scrambled the eggs, Breanna made and (peanut)buttered the toast, and I handled the coffee. That was followed by visiting my dad and then having Chinese food over at George’s parents’ house for supper. 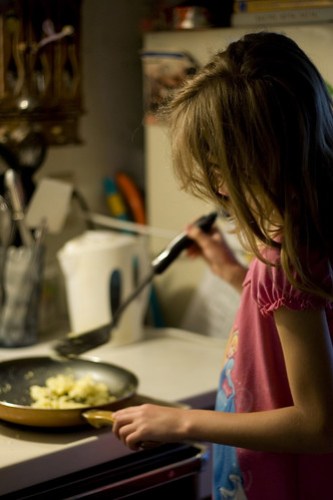 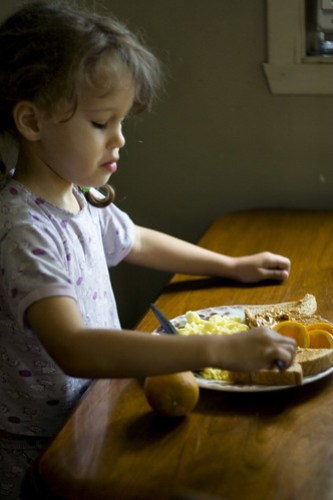 On Monday I was up bright and early because the school was having their annual Play Day. The kids were outside all day other than snack time and lunch time. The PPO rented bouncies (I was in charge of that and the two I chose were so much fun!), a dunk tank (a lot of grade six kids had a blast volunteering to be dunked), and a DJ for the gym. There was also a watermelon and freezies station, face painting, soccer, tug of war, hurdles, and other fun activities.

I was stationed at the face painting table and it ended up being perfect because due to the makeup we had to be in the shade to keep it from melting so I didn’t get overheated by the bright sun. At lunch we served hot dogs and that was a big hit. 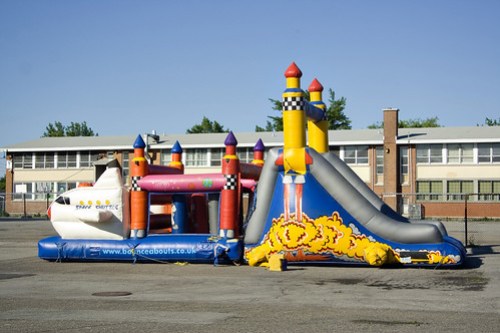 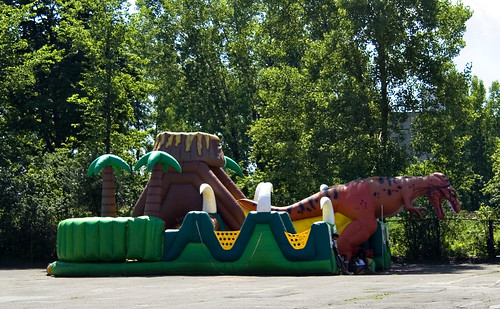 I channeled my inner child by playing on the bouncies whenever the kids went inside. I can not lie, they were ridiculously awesome and I had fun.

Tuesday found me putting on (gasp!) a little black dress and heading out with some of the ladies from the PPO for dinner at a great restaurant for some end-of-year relaxation. The food was delicious (lobster tacos and homemade chips & sesame sticks with guacamole and hummus for appetizers, a glass of Pinot Noir, and I ordered salmon roasted in Pinot Noir and sea salt for my main meal, yummy), the atmosphere was very nice, and the company was outstanding. I’ll miss them over the summer and will especially miss the two who will not be returning next year since their kids are off to high school. Sniff. 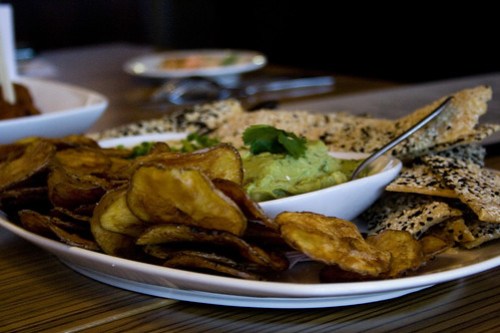 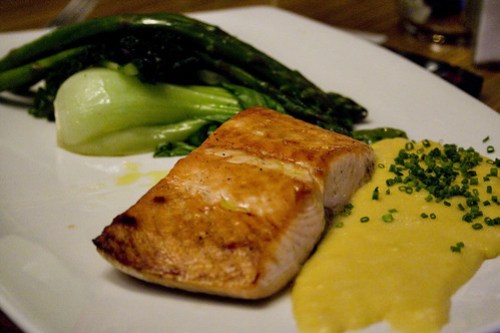 Damn, we’re a bunch of good looking women. We were joined by the owner and of course I offered up my food-snapping photo services if he needs any, ahem. I’ll work for reasonable rates and more salmon. 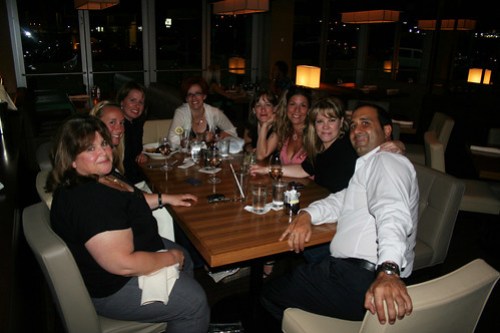 Finally, Wednesday rolled around and lo and behold it was the last day of school. The last day is always emotional. The bus drivers honk as they leave, the kids wave out the windows, and the teachers all line up on the sidewalk to wave them off. Last year was a tear-fest because our principal was leaving, and this year wasn’t much better because Hayley’s math teacher was retiring. I took a photo of her with Hayley and I warned her that if she cried I’d cry; she dabbed her eyes and informed me she’d been crying for at least half an hour so I was out of luck. I’ll miss her, because she was a tough teacher but she was a great match for Hayley last year for homeroom (she was a big help in the adjustment from Kindergarten to grade one) and Hayley learned a lot about math from her this year.

Alas, my photos are all still on my camera right now.

Hayley’s report card was very good and most of her marks went up from last term, so that’s great. Her teachers had wonderful remarks for each subject and I was especially pleased to see her French grades since Hayley was so worried about it at the beginning of the year.

I can’t believe that in a couple of months she’ll be getting ready for her first day of grade THREE. In the meantime though, there is sun and fun to enjoy over the summer and I’m very happy to get a break from 6:30 wake-ups (and 5:30 wake-ups on breakfast club days). Summer is a good thing!

Whew. There you go, we’re all caught up now! What have YOU been up to?

3 thoughts on “End of year, beginning of summer”