I realize that summer in the northern hemisphere is dwindling to an end (excuse me while I sob). The other night I thought I would wash my supper dishes up before heading out to check on the status of my wild garden. By the time I was done it was already dark outside.

The temperatures are dipping, it gets dark earlier, and people are dragging out their pullover sweaters and boots. I do love the fall season; the clothes, the colours, the pumpkins. I just happen to love the summer sun and heat and getting to go to the beach. I’m not ready to give it up.

Still, even if summer is truly almost over for another year, the weather is still decent for grilling food, at least for a little while. I love a good BBQ. I also love taunting the neighbourhood with the smells of a good BBQ. 😉

Recently we had some of George’s homemade burgers. As we were shopping for the ingredients I spied a package of four portobello mushroom caps. Inspired, I grabbed them and tossed them in the cart.

While George prepped his burgers, I set about marinating them to use as a replacement for a bun. I’m not gluten-free but sometimes I like a little change so I wanted to see how well a mushroom can stand in for a bun. 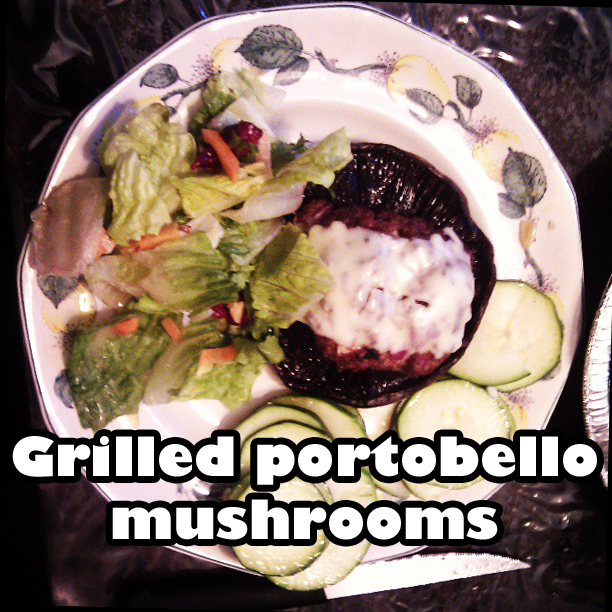 I mixed up some olive oil and balsamic vinegar, threw in some garlic, and then poured it over the mushroom caps. I let them soak for almost an hour, then threw them on the grill when the burgers were nearly done.

In a small bowl mix together the oil and vinegar. Add as much minced garlic and onion as your taste buds like. I had no fresh garlic so I used a bunch of powdered garlic, and it was fine.

Place the mushroom caps in a shallow dish and pour the marinade over them evenly. Allow them to sit for at least half an hour.

Transfer the mushrooms to the top rack of your BBQ; you want them to grill but not get too overcooked. Grill for five minutes per side. Top with whatever burgers you like to make.

I found I didn’t even need any condiments. I topped mine with a small slice of cheese but I felt no need for anything else. I chose to eat mine open-face with a knife and fork (and added a green salad and some sauteed zucchini straight out of my garden).

If you’re planning on another BBQ before the snow hits, feel free to give this a try and let me know what you think. If you have an indoor grill you could absolutely pull this off all winter long. You might even be able to do them in the oven or in a pan but it would be missing that smoky flavour. 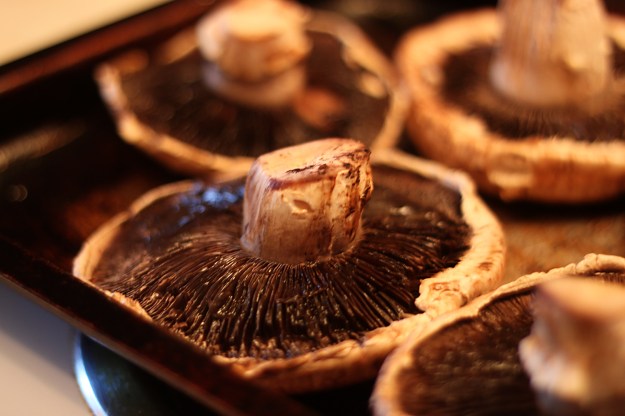 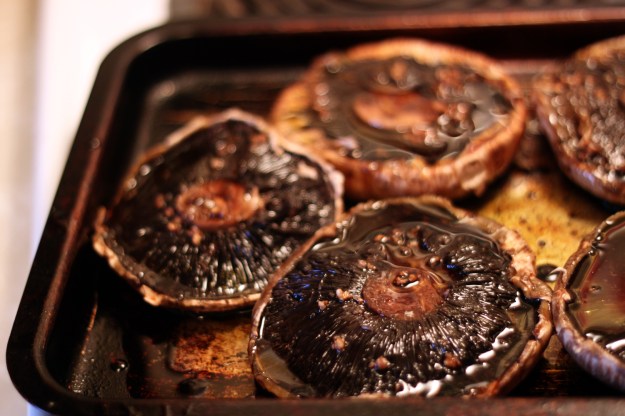 Sitting in marinade for an hour-ish Burgers on the grill – I topped my mushrooms with a homemade burger!

I definitely plan to make this at least once more before I have to finally give in and admit the season is wrapped. Did you sign up for this free Webinar yet? I’m telling you, Rebekah Borucki and Danny-J Johnson are social media gurus. They’ve grown their business through trial and error and through the guidance of other successful people. They helped me, they’re still helping me now, and they are going to help you for FREE. But they can only do it if you sign up.

What are you waiting for? GO! Sign up now!