One of the hardest things for me when it comes to parenting (you know, aside from breaking up the neverending sibling fights) is knowing that the whole time you’re raising your kids you’re also preparing them for the time when you have to let them go.

And really, you have to let go bit by bit as time goes by. It’s not just a big event when they leave home for college or move out to their own place though I can guess that’s huge. Honestly, you let go just a little bit on a day to day basis. The first time you watch them head off to school. The first time they go off to a birthday party where you weren’t invited to come along. Heck the first time they don’t need you to push them on the swings, the first time they take those first steps, the first time they turn away and don’t need to be nursed anymore. It’s all letting go and some of it is so easy and seamless you don’t notice it at first. Other times – like waving goodbye at school – it’s like a little knife in your lungs when you try to breathe with a big smile plastered to your face and tears that you command not to fall just yet.

That’s why sometimes you have to hold on to the little things, those little moments when they still need you. Sometimes those moments can be a nuisance at first glance but if you can remember they won’t be there forever you can realize how important they are to that particular child and to you.

With Hayley it happens the mornings that I volunteer at the school for the breakfast club. She’s not one to cling to me but on those mornings she sticks close to my side while I prepare the food. When she eats she waves and smiles at me frequently while I stand behind the table serving breakfast to her fellow students. Then the first bell rings and she has to get ready to leave and she suddenly comes over to me again and again for hugs. Sometimes I have to insist that she must leave to collect her coat and bags and get out of the way because she’s blocking the line for the bus kids who have only just arrived and who need to hurry to get a chance to eat before the last bell rings. Then I think of high school looming in the future and I wonder how likely it is that she would run to me for more hugs and kisses in her teenage years. That’s when I put the tongs down, apologize to the student waiting for an English Muffin, and I wrap my arms around her and I hold her tight before finally shooing her off to class.

Breanna is still more attached to me than Hayley but I can see her slowly growing further and further away from me just like all kids do as they get older. She doesn’t need as many hugs and snuggles anymore. She still wants to tell me every little thing and she still likes to snuggle up to me when she’s tired or upset, but she’s always been independent at the same time and that independence is growing stronger as time goes by. Sometimes I look at her and wonder where the heck my baby went. Then I remember this was the kid who started walking at nine months of age and so maybe she’s been stepping forward for longer than I’ve realized. On the other hand, last week George had an appointment that started before I’d get back from breakfast club so he took Breanna with him. While they killed time, they went to McDonald’s for breakfast. When they got home he told me that she had only eaten one of her pancakes because she missed me and she kept telling him, “I wish Mommy was here.” I swooped down to hug her and held on to that moment where she was still small enough to want her mom around for something as simple as breakfast.

That’s why I have to hold on to the little moments in between and never forget them. 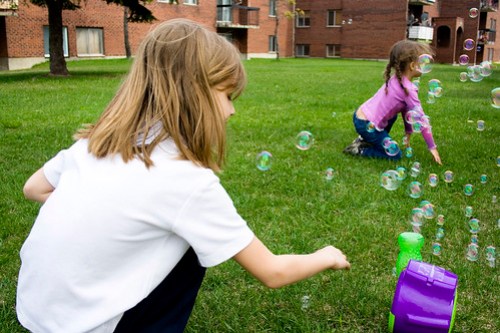 (Yes, I’m going to completely ignore the fact that I didn’t update ONCE the entire month of April. Ahem.)

8 thoughts on “Holding on”