Thursday June 6th I was having the greatest day you can imagine on a work day. In the morning George had gotten up a little earlier than usual to make me eggs and toast to give me a break from my usual toast and peanut butter breakfast. It was a beautiful day so I took the bus right down to the waterfront and I sat on the boardwalk for half an hour and watched a jellyfish swim around the harbour, leaving me feeling relaxed before walking back to work. My work day was quiet enough to keep stress at bay and I had a couple of good meetings lined up that day. It was a fantastic Thursday.

Then a manager came and told me George had called the urgent line and needed me to call home. Hayley had had a stomach ache and I honestly thought that maybe he had to go take her to the clinic/ER and needed me to come home early to go get Breanna. I called back with that expectation. Imagine my shock when he told me my mother had just called and that my dad had passed away. 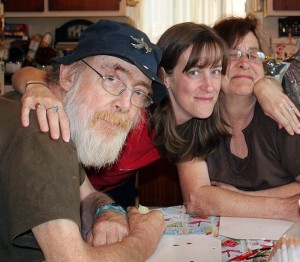 With my dad and mom shortly before we moved to Halifax

I wasn’t ready for that. I knew his health hadn’t been great for years and that he had been hospitalized for a couple of days recently for low potassium, but I had spoken to them on the Saturday and he was fine. I knew it would happen one day just like it does for all of us but I was incredibly unprepared for that phone call.

My sister somehow managed to catch up to me while I was waiting on the sidewalk for George to come and get me and since she couldn’t get ahold of her husband I told her to come home with me and we’d keep trying him. We cried and had tea and ate lunch and decided the passing of one’s father is a good enough reason to drink wine at 1:30 in the afternoon. She finally caught her husband and he came to get her and we started the process of figuring out the logistics of getting to Montreal ASAP.

Friday we flew out and spent a couple of nights with my mom at her home. It was weird. I kept expecting my dad to roll his wheelchair out to the kitchen to join us at the table, figuring that he must be in the living room watching TV. It was a shock every time I walked into the den and saw his empty wheelchair sitting there.

On Sunday we drove up north to Rawdon where the funeral would be. My mother and I stayed in a bed and breakfast along with my aunt and uncle who were so kind as to rent a room for the two of us. It was weirdly nostalgic to be back in that town where I had spent so many weekends, holidays, and summers growing up. I hadn’t been there since my grandmother passed away in 2006. I spent a bit of time walking around and reminiscing about places I had passed my time back in the day but it wasn’t a vacation by any means. 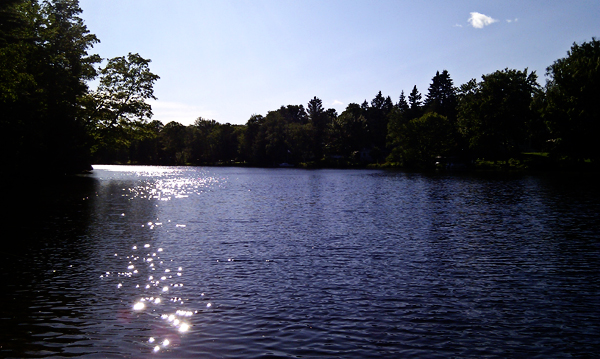 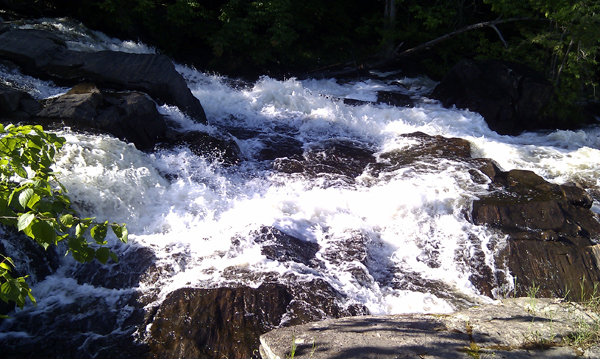 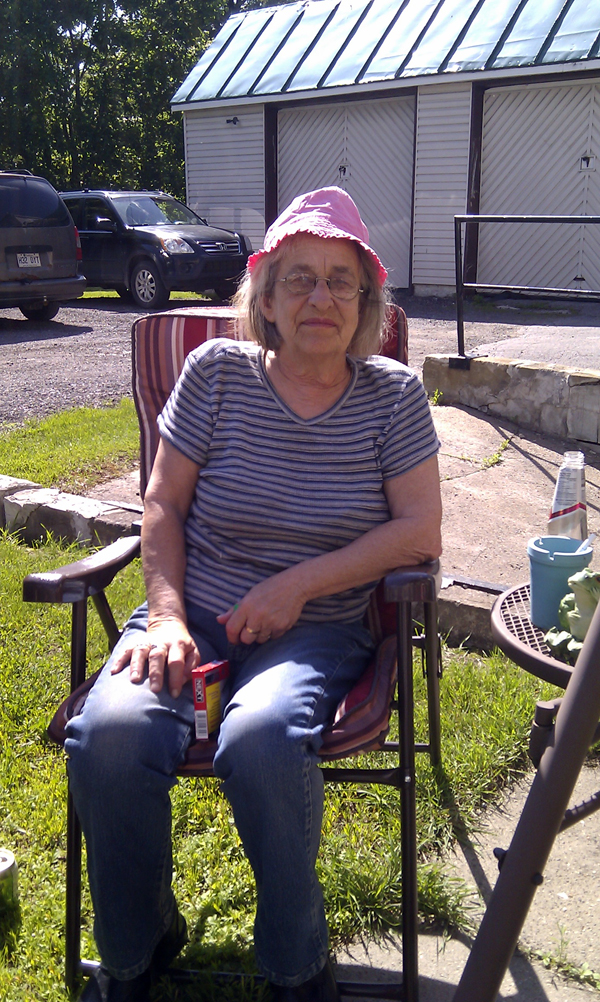 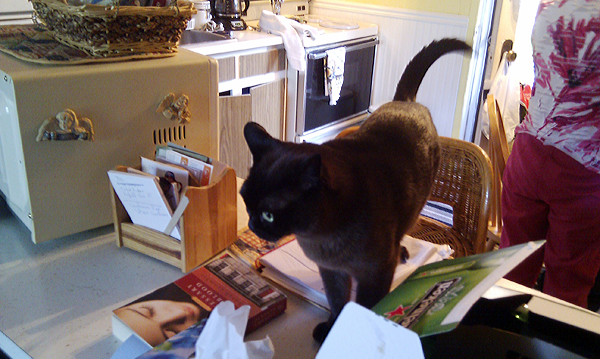 Tuesday was the visitation and it was a long day but it was nice to see so many people come out to pay their respects, especially on a week day/evening.

Tuesday was also what would have been my dad’s birthday and the reason we didn’t choose to do the funeral until the next day. My mom had mentioned that she would have been buying a black forest cake for him, his favourite, to celebrate his birthday. When I heard we were being invited for supper at a cousin’s house in between the afternoon and evening visitations I immediately went to the grocery store to find some black forest cake. He might have been gone, but I wanted to have my dad’s birthday cake. I was momentarily worried it would upset my mom but she ate two big pieces so I think it was okay. I figure she had a piece for her and a piece for him. 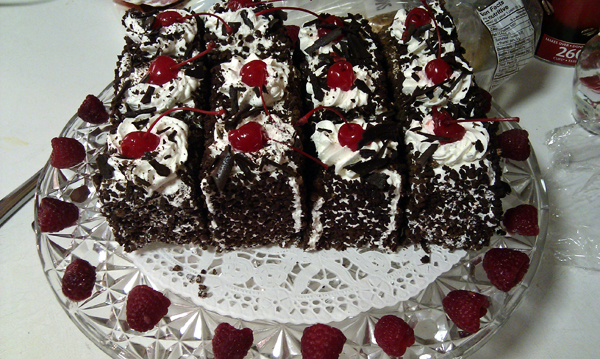 Wednesday was the hardest day of all. The funeral somehow made it all so final. Even though I had seen him the day before for the visitation I almost kept thinking he would sit up and yell “just kidding!” and everything would be back to normal but of course not.

Although I’ve long battled anxiety and that stopped me from doing a reading or eulogy for my grandmother (I really wanted to but just couldn’t) I knew I wanted to do a eulogy for my father. Yoga and meditation have helped me so much with anxiety and it made it possible for me. I did what I think was a really good job of sharing some stories – I used some of the stories from this blog post – and I’m so glad I did it. 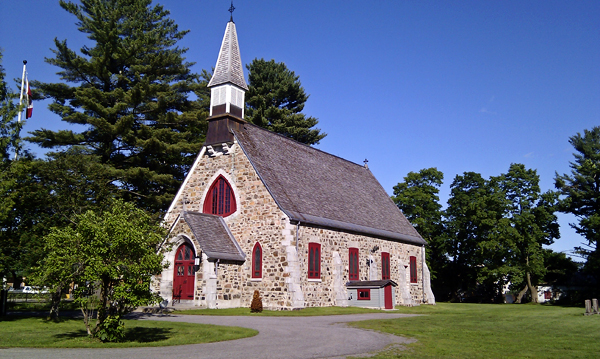 Our church, the Anglican Christ Church

We had a reception at the church hall after the funeral and then shortly afterwards we were on our way back to my mom’s for one more night. I had two goals before going home on Thursday morning. I wanted a poutine since I was in the province that knows how to make them properly and I wanted to get my mother’s internet connection up and running.

I got the poutine for supper and after that I got in touch with her ISP and thanks to the most patient tech support guy ever (seriously, I asked to speak to his manager to share how helpful he had been) I got the connection working. I wanted her to be able to be on Facebook and Skype and I succeeded in doing that. 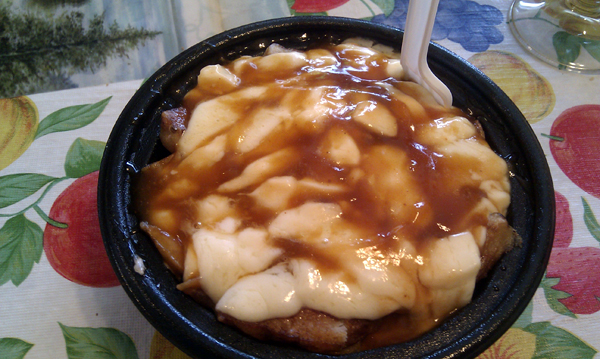 The flight home was interesting. We had quite a bit of turbulence compared to the flight in. I had had a chai tea at the airport and then even though it was only 10:20 am when we were at maximum altitude, we all decided a glass of wine was okay (the flight attendant said there’s no such thing as time in a plane so it was totally fine!). The combination of liquids made it so my bladder insisted I make my way to the bathroom. That would have been okay except that as I stood in line the plane started shaking and the announcement came on suggesting we sit down and buckle our seat belts. They added “please use the lavatory at your own risk” at the end. Great. I decided the greater risk was that of peeing my pants so I soldiered on. The woman in front of me came out and I asked if the turbulence was bad in the bathroom and she laughed and said, “well it’s really small so I figured I couldn’t go anywhere.” Good point. I went in and survived. 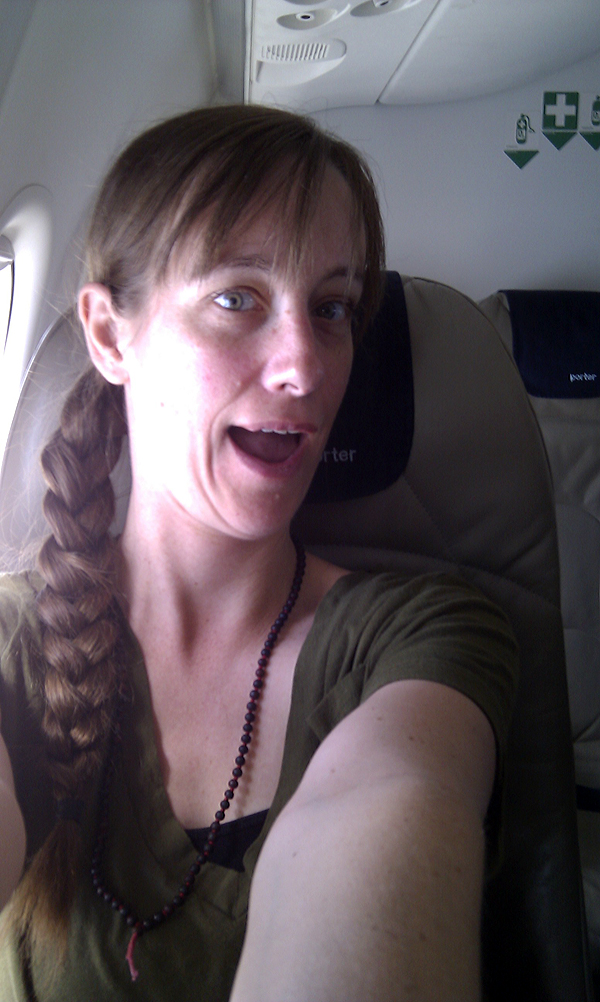 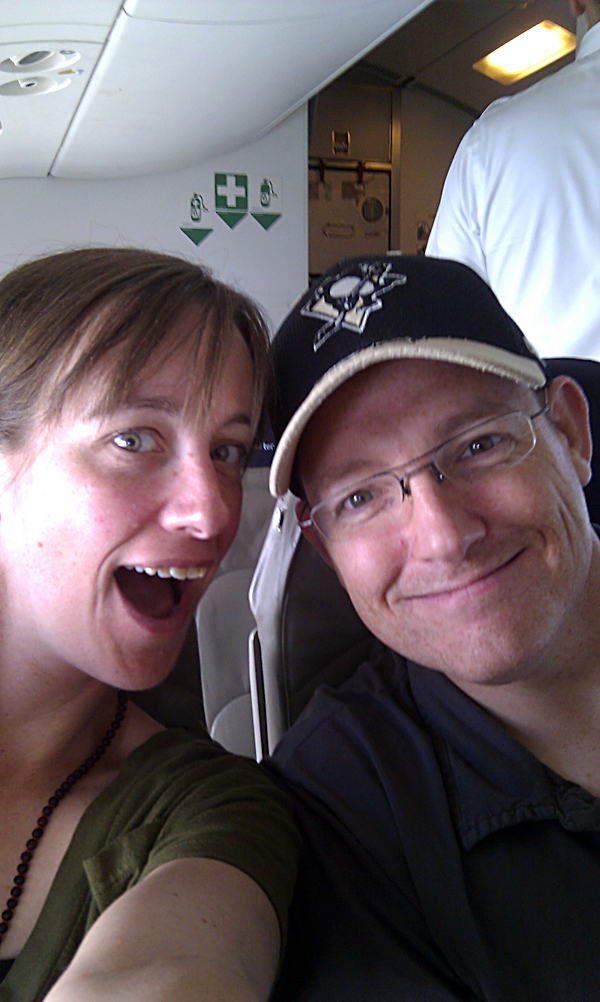 Thanks to Neal for letting me mangle his fingers during the turbulence on takeoff. 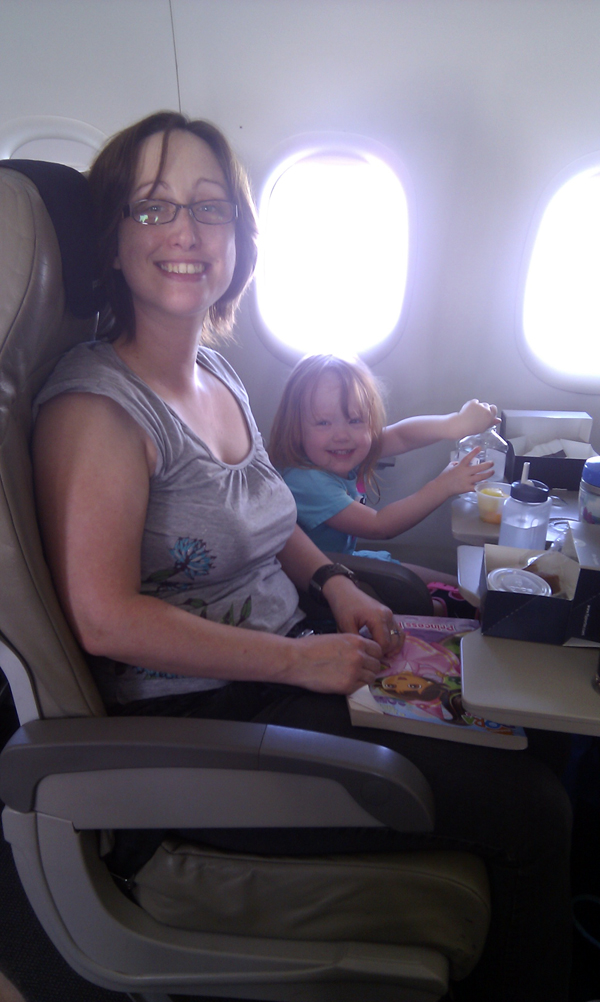 Amanda and Claire on the plane home

I was so happy to be in Montreal with my mother. I was worried about her and missed her and couldn’t wait to be there. I was glad to have gone, how could I have NOT gone? But I missed my husband and my children. George was waiting in the van when I came out after landing back in Halifax and the kids jumped out to run to me. I was so ecstatic to see them that I burst into tears and they thought something was wrong; I had to explain that sometimes you cry because you’re just that happy. 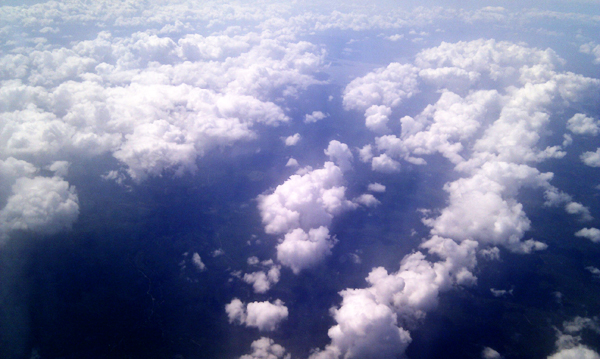 Clouds from above, somewhere over Quebec

And now here I am. A mere ten days after losing my father I experienced my first father-less father’s day. I’m very grateful to be married to a great father so that I could focus on that instead of wallowing. My dad wouldn’t want me to wallow.

One day at a time I guess. I miss you Daddy, but like I said in my eulogy I know that you’re finally free to run and jump and ski again. You deserve that. I love you.