I am, as they say, le tired. If you haven’t noticed, I comment on being tired a lot and I realize that it’s partly my own stupidity, but if I want to make time for the things that I both need and want to do (and some things overlap into need AND want at the same time) then I have to make time for them in the later evening as the earlier part of my day is taken up with things like commuting, working, family time when I get home, and preparing for the lather-rinse-repeat part of the next day.

Since I am, as noted above, le tired, behold! Random things that were highlights of my day.

1. Today was our Christmas lunch at work for our team of 20-some-odd people. We had voted on where we wanted to order our food from and luckily for me Swiss Chalet won because oh my lord, the Festive Special, yes please. It was quite nice. 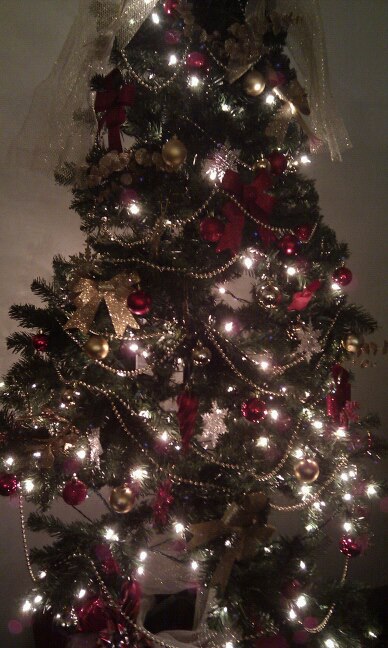 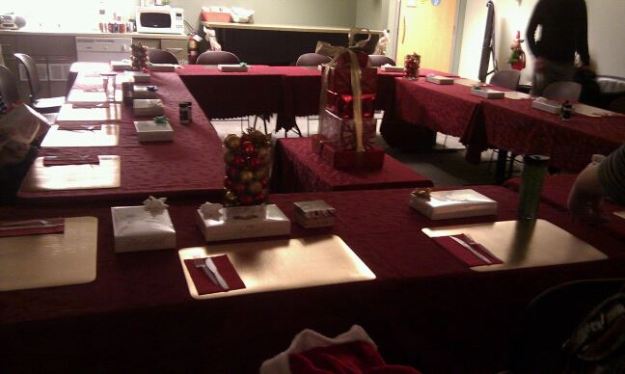 We all got a big box of Pot Of Gold chocolates, then we dug into our food and it was pretty quiet while we all stuffed our faces.

After our lunch we had our gift exchange. Rather than doing a Secret Santa we did what was referred to as Evil Santa, which was essentially a white elephant deal. The first person chose a wrapped gift from under the tree, then opened it. Each person afterward got to choose whether to pick a wrapped gift or steal something from someone else. It was a lot of fun with a bit of good natured swiping going on. I picked my gift from beneath the tree, lost it a few turns later, stole a new gift, lost THAT one, and then finally managed to steal my original gift back. I realize that I’m 38 years old but as soon as I opened that gift up, I wanted it and nothing was stopping me from getting it back. 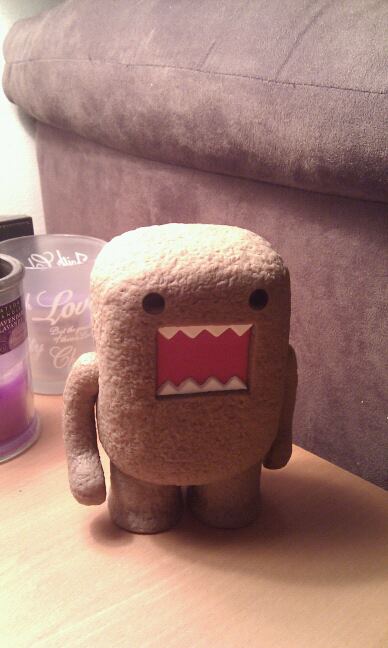 Coolest gift at the exchange, hands down. I LOVE him.

2. When I came home I found Breanna’s report card. Hayley’s will only come home tomorrow as she stayed home today to go to the clinic. Turns out she has an ear infection much like Breanna had a week ago. Good times. Anyway, I looked through Breanna’s report card and she got an A in every single subject. I’m so proud of her!

3. Tonight was the Geminids meteor shower. I decided to pop out on the back deck but I wasn’t expecting too much. The sky was partly cloudy and while I’m not downtown it’s still pretty bright. I didn’t think I’d see anything. I saw three in the first five minutes and by the time I got too cold (and had too much of a stiff neck) to stay out any longer I had seen three more. Six meteors in 20 minutes, I’ve never seen that many in such a short time. I can just imagine what it would be like out in the country on a clear night.

Alas, the clouds have rolled in and all that’s really visible is a handful of the brighter skies and Uranus (snicker). Still, I feel very lucky to have seen some at all, so I’m not complaining.

On that note, time to wrap up and get my bozo self to bed so I’m not quite so le tired tomorrow.