Today we took the kids to see Santa at the mall. It was our planned Advent Activity of the day. We had intended to walk in, wait in line, and the have the kids sit on his lap to tell him what they wanted. Then they’d get their picture taken and that would be that.

First of all, when we arrived, I needed to pee and George wanted to check for something at the dollar store so we headed the opposite way of Santa’s spot. His giant chair was empty anyway so I figured it was no big rush. Then, as we were walking I spotted Santa heading our way. The kids hadn’t noticed so I said, “hey, look who it is!” He walked up and handed each of them a box of Smarties. Hayley was pretty happy but the look on Breanna’s face was priceless. She was shocked that she’d just been given a treat by Santa Claus, randomly in the middle of the mall. It was awesome. 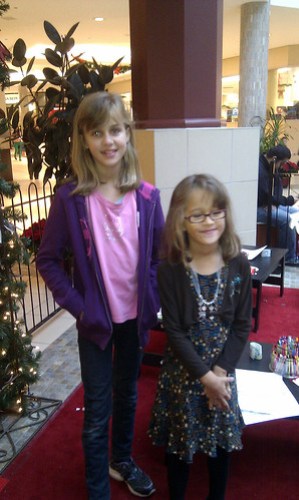 Once we got back we discovered that they only do the standard “sit with Santa for a photo” Monday through Saturday. On Sundays they have two Santa parties. For $5 (which is actually a donation to Share the Warmth, a charity that makes sure children in need have a warm winter coat) kids get an hour at the “party” with a fairy who reads them a story and then sets them up for some arts and crafts. Then they call Santa and he shows up to mingle and do photos. It was so worth it. They had a lot of fun and George and I didn’t mind the extra time hanging around just to see them so happy. 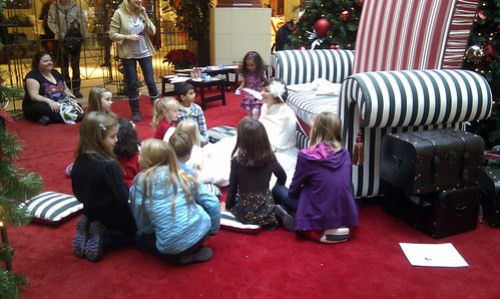 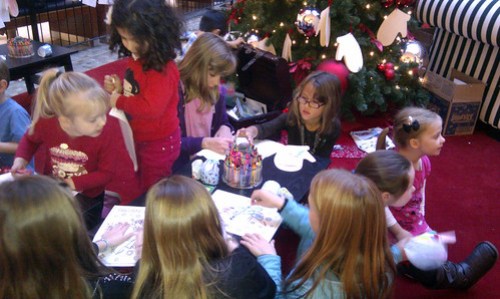 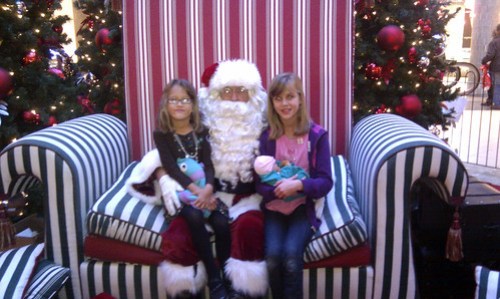 We’ll get the official photo sometime this week. I was really kicking myself for forgetting to bring my camera; I had planned to stick it in my bag but there was some chaos trying to get everyone out the door and I completely forgot it, so all I had was my phone. 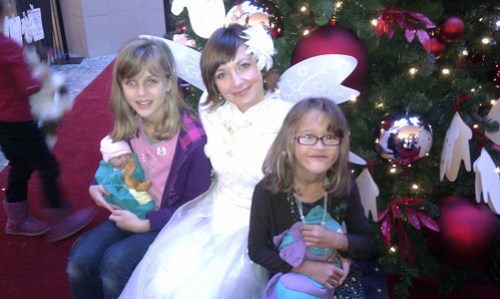