Somehow, and I still don’t quite know how, the little baby who was sleeping in a plastic bassinet next to my hospital bed just yesterday turned into a seven-year-old girl. She didn’t ask my permission to do so either, she just went and grew up. Despite my annoyance at her just deciding to do that, choosing to grow up, there were many good things about the day. There was also a bit of sadness. But first the positive side.

The ups of Breanna’s birthday:

*I took the day off today, just like I did for Hayley’s birthday. It’s weird having a random Tuesday off, but it was nice to be here right when she got home.
*George and I had a breakfast date, going to a little diner where I chowed down on an order of Eggs Benedict and a side of sausages while enjoying the view outside. 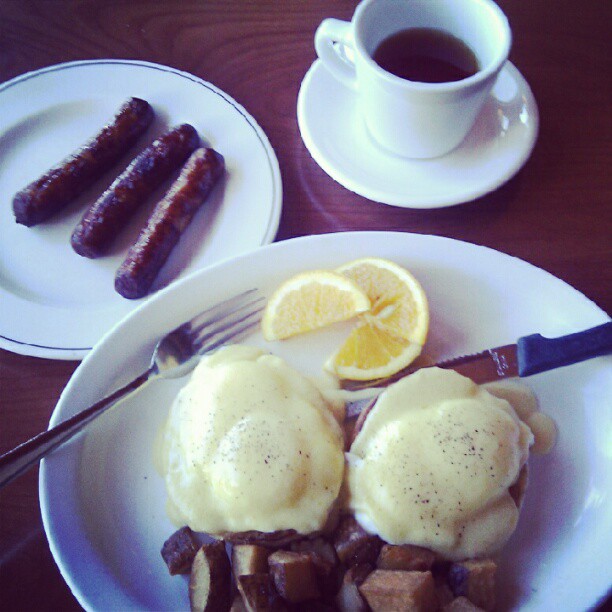 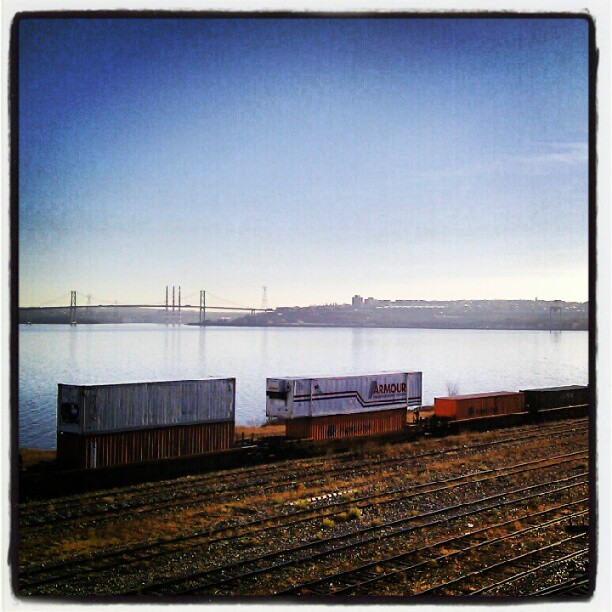 * We ran around taking care of some errands, including getting Breanna’s present.
* After getting home I did some yoga for an hour and 15 minutes, and did this:

(Yes, I got a little excited at the end! I’ve been working on that one forever!)

* When the kids got home from school, Breanna opened her gifts. Hayley had made her a little beauty kit which was really cute, and she also got her a wooden doll set to decorate. We got her a Hello Kitty camcorder and she was really happy.

* George’s aunt, his cousin, and his cousin’s wife came for dinner and Breanna got a nice sweater, some cute socks, and a beaded bracelet kit. We made burgers and fries as per Breanna’s request, but George’s aunt also brought some sweet and sour pork and an apple crisp for us.

* We sang happy birthday for Breanna and served up a chocolate cake to be a stand-in until I make her real cake for her party on the weekend.

* After a nice evening everyone headed out and I got the kids ready for bed. I stopped long enough to get a picture of the two of us. 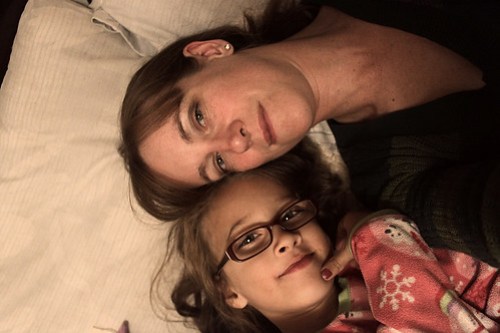 The downs of Breanna’s birthday.

As I tucked her in and laid down beside her to say goodnight, she unexpectedly burst into tears. Startled, I asked what was wrong and I honestly thought that it was because she didn’t get what she had asked for. She had originally asked for an mp3 player that also takes photos and videos like Hayley has. When we couldn’t find one, we decided to get her the Hello Kitty camcorder since that’s what she really wanted; she has an mp3 player already, she just really wanted to be able to take videos when she plays with her Little Pet Shop guys and whatnot.

But no, she liked her presents, all of them.

She was crying because she was now seven and she was “not little anymore.” I just… What do you say to that? I reassured her that she certainly was still my very little girl and that she always would be, but wow. Usually she’s upset that she’s not big enough to this or old enough to do that. Seeing her so distraught over the fact that she suddenly wasn’t little enough was a bit of a surprise.

I think I convinced her though, because she finally curled up with a wee smile and drifted off to sleep pretty easily.

Hopefully she’ll be excited enough about her party to stop worrying about how big she’s getting.

That’s MY job, after all. 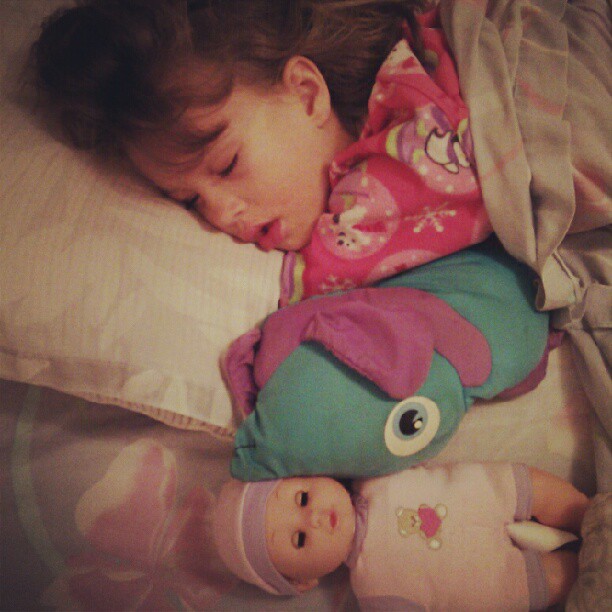 1 thought on “The ups and downs of a birthday”