Recently our car started giving us a lot of trouble and it was on its last legs. Er, tires? Anyway. It was to the point that George didn’t feel comfortable driving it too far from home. It was time to retire the Nissan Altima and find something better. We liked having that car, it was a good ride but we moved on to something just a little bigger. This statement will cause the Universe to revoke whatever “cool card” I had left (and I think I lost most of it post-college anyway) but here’s the truth: I love our minivan. LOVE. 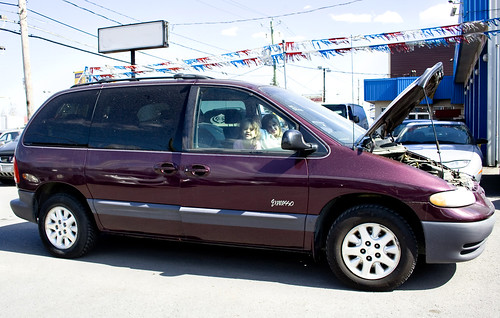 We ended up with a (used) Plymouth Voyager and it’s just fabulous. I never thought I’d say that ever, but it’s true. I love the space inside. It seats seven with two bucket seats behind ours and then a bench in the back. Even if I sit in the back I have tons of leg room. Hell, I sat in the front and put my giant camera bag on the floor in front of me and had plenty of space. It’s just awesome.

To celebrate our new-to-us vehicle we wanted to take it for a decent drive rather than just the local area so on Saturday we got up at 7:45am and got ready to head out to Ottawa (the capital of Canada for those of you who aren’t from around here!) for the day. We had invited some of our friends to join us so it was really great with all of us driving down. Despite our new spacious van, Hayley elected to hop into their car with her friend. Alas, it all ties into that post about holding on when you can because you don’t always get the chance! (On the other hand, it meant far less Justin Bieber in our ears, so that was just fine thankyouverymuch.) 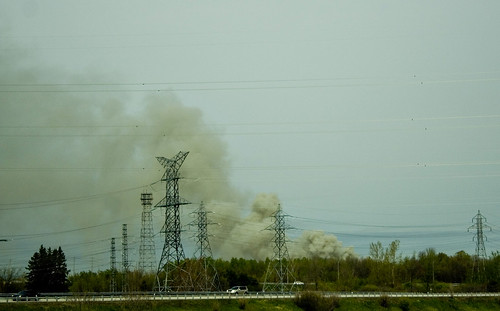 We were welcomed to Ottawa with a giant cloud of thick, grey smoke very close to our intended destination, the Museum of Science and Technology. Luckily we weren’t planning to be outside while we were there so we didn’t have to inhale the (what turned out to be) toxic fumes thank goodness. Back at home I looked it up and it was a fire in a car yard. Yikes!

The museum itself was great. I’d been there many (many) years ago when I was in high school but I didn’t really remember much about it other than the Crazy Kitchen. I didn’t get to spend as much time as I would have liked to dawdle and read all the exhibit information but I saw everything and it has some awesome stuff. I loved the big room with the trains. It was a bit eerie, like some sort of train graveyard. Maybe the trains are haunted! Or maybe I’m just weird. It could go either way. 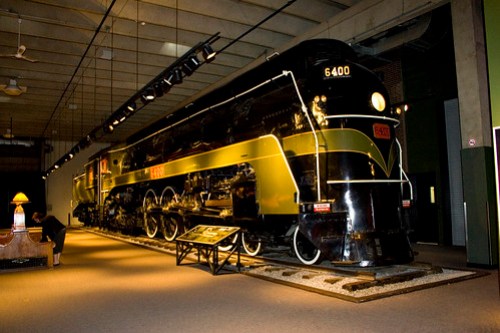 My favorite part though – and this is not much of a surprise I’m sure – was the space section. It didn’t hurt that you entered that area by walking through a tunnel that looked exactly like the Enterprise. Hello inner Trek geek. 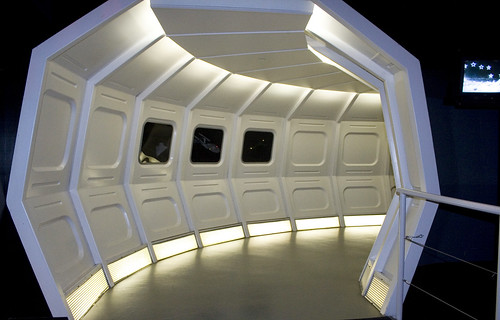 I may have squealed but I’ll never admit it one way or the other. I also got to pretend to be controlling the space shuttle and since that’s pretty much as close as I’ll ever get (sigh, all those lost dreams of my youth…) I was pretty damn excited about that too. 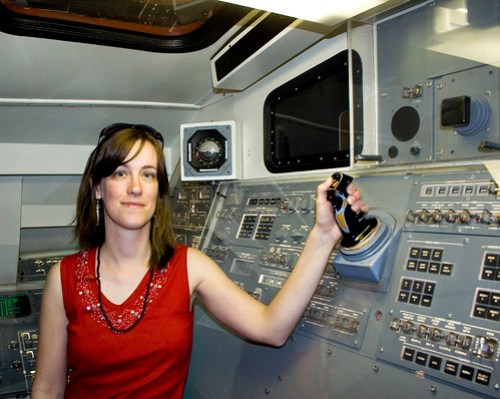 The kids had a blast running around because it’s a very hands-on museum. They encourage going inside stuff, touching everything, pushing buttons, and really learning. It’s definitely a kid-friendly museum and I highly recommend it. Though I also recommend eating BEFORE you go because goodness, the cafeteria was pricey and while it was tasty it wasn’t quite THAT good. That’s par for the course with places like that though.

One part that was a big hit with Hayley and her friend was a section that taught about networking. You climbed up dark staircases that were lit up with moving multi-colored lights and followed certain paths depending on whether you were following the “copper” trail or the “wireless” trail. At the top – the second floor – you eventually came to the end of your path only to find a hole in the wall. Using my flash I discovered that yes, it was indeed a slide but it was enclosed inside the wall, went down in long winding circles, and it was pitch black. Like, total darkness. It was creepy as all hell. Hayley wanted to try it but was scared so I put on my big girl panties and went down with her. It kind of freaked me out because it doesn’t let you go very fast and I couldn’t see a thing at all. Once she did it the first time she was fine and she went back up with her friend another three times. 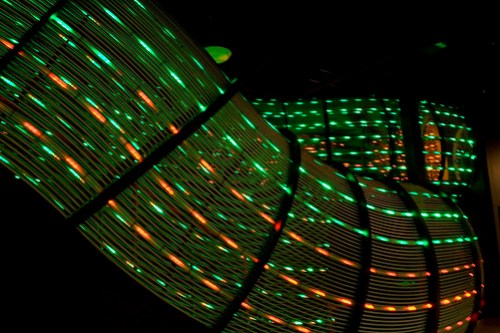 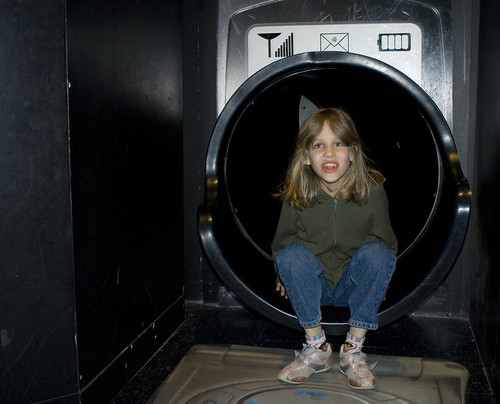 The things you do for your kids. Luckily for me Breanna had zero interest in the slides because of the darkness factor so I only had to do it the one time. Sheesh.

You can see the full set of photos over here. It was a lot of fun. I’d like to go back next year and try the simulators but I think Breanna was a bit young for it.

We had intended to head on to Byward Market to wander around since it was nice and warm but the second we had put coins into the parking meter near the market the sky opened up and it started to just pour. If it had been a light rain we could have survived but it was way too heavy to be walking around. What a shame. We want to go back because they have another museum that has a lot of dinosaurs but it was closed for maintenance, so if we head back to visit that one we can try the market again.

My friend and I stopped at an LCBO (liquor store) and picked up some Ontario wines that we can’t buy here at home, then we headed back to Montreal. They invited us to come over and hang out, but we were all so tired that we suggested we’d just order something in so that no one would have to cook. Despite that, when George and I got to their house (we’d stopped on the way to let the dog out), there was a nice little spread of wraps, cheese, crackers, olives, bread, olive oil with balsamic vinegar, and cucumbers. It was much more delicious than anything we would have ordered! 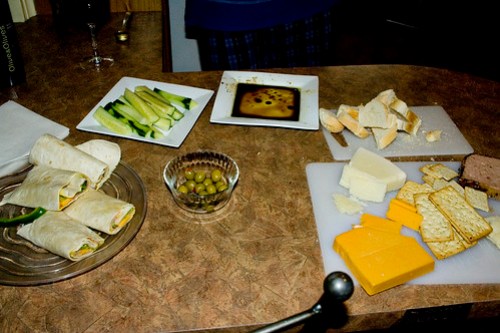 The kids played, the guys went downstairs, and my friend and I enjoyed one of the wines – a Merlot called Fat Bastard – and chatted. It was the perfect way to end what had been a wonderful Saturday, rain and all.

2 thoughts on “To Ottawa and back”